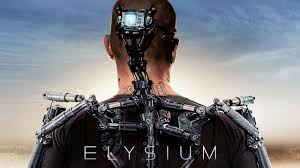 
My husband and I are huge science fiction fans. We couldn’t wait to see Neill Blomkamp’s Elysium this summer. (http://en.wikipedia.org/wiki/Elysium) Sure, there were other sci-fi action-thriller movies to be seen, but the enticing trailer for Elysium itself, and the fact of how much we enjoyed Blomkamp’s District 9, promised more for our always-stretched movie dollar.


Elysium as a film didn’t disappoint, but its premise posed many more questions—disturbing ones—than it attempted to answer. And, several weeks later, it keeps me awake at night.


First off, why would the near-future world posited in Elysium, filled with advanced technology that can cure disease and injury almost instantaneously, co-exist alongside a planet filled with such crippling poverty? It just doesn’t make sense. Or does it? 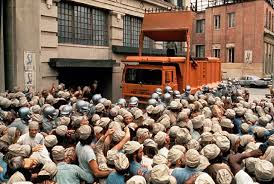 In my opinion, a near-future scenario of an Earth on the brink of collapse was last successfully realized on screen in the 1973 classic Soylent Green. (http://en.wikipedia.org/wiki/Soylent_Green)
The Millennial Generation may laugh at
the idea of a heavily overpopulated planet, degraded and polluted by trying to
feed too many mouths and ruled by a small, secretive elite of the mega-wealthy, but they’ll have to realize that the Pill and abortion on demand weren’t freely available in the first half of the twentieth century. The assumption that we’d have way too many humans on the planet by the turn of the twenty-first century wasn’t so hard to put out of mind in 1966 when the Harry Harrison award-winning novel Make Room! Make Room! (which the film was based upon) was published. The thought of overpopulation and a dying planet posed a very real threat in the minds of the powers-that-be.

In Soylent Green, it is food—the very essence of how a living, growing organism stays alive—that is manipulated and managed to keep the masses in check. No food source—no living. Furthermore, the masses are indoctrinated by the elite that it is both noble and proper for them to commit suicide in order to thin out the ranks. There is no need for a heavily armed-presence or too much overt violence (although there are some telling riot scenes where police brutality is evident) to control the masses if the masses do the killing and self-killing themselves as they are slowly starved to death and talked into suicide.

After all, the elite classes only need a handful of human workers at any one time (who are much cheaper to “create” than androids or robots) to serve, manufacture things, run machinery, have sex with, etc. The poor, starving billions are as easily used, abused, and disposed of as paper cups—and self-destructing paper cups at that.


How convenient for the one percent! Give the poor a few guns, feed their prejudices against other groups who look or act differently, and they’ll take care of the problem for themselves. Brilliant.

Once the idea of crowd control, of implementing an efficient way for those at the top of the food chain to keep the masses in check, is discerned in Elysium, then more of
the unanswered questions present and explain themselves. Although it is set only
a mere one hundred-forty-one years into the future, Elysium hints that the advancement of technology in the fields of space travel, medicine, manufacturing, and computers has been able to solve many of the more pressing problems we experience currently in the world of 2013. With the advanced technology evident in the massive space-habitat ring of Elysium itself and the Med-Pod that cures all disease, obviously human beings in the future are capable of great things. 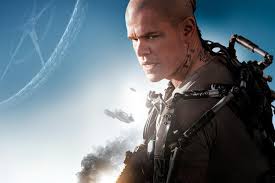 So, why would there be a need for slums and for little girls to die of leukemia? Why would there be a need for millions of workers working at
slave wages and under extremely unsafe conditions, as Matt Damon’s character Max
does? Why motivate these slave laborers with a carrot-and-stick promise that if they prove themselves “good workers” they might just be able to afford a ticket to go to Elysium one day just as Max has wished for since he was a boy?

Ah… could it be? It’s that control thing, yeah? 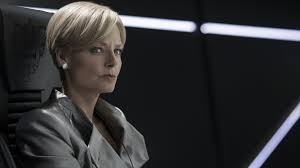 Once the motives of pure greed and a naked desire to execute absolute
power are eliminated from Elysium what else is there to explain the plot? Jodie Foster’s character, Secretary of Defense Delacourt, is painted as a military-dictator wannabe, a fascist-in-training, but there’s more to her—and her fellow citizens of Elysium—than pure greed and hidden-fascist dogma. After all, they all dress well, speak well and drink the right wines. In spite of their sanitized, movie-star-glamorous
lives, their motives to keep Elysium to themselves are much more base. They
want—no, it’s more likely need—to possess total control over the billions who dwell below them on the one planet where they receive the raw materials needed to maintain and grow their utopian world in space.

They, the elite, the one-percenters, secretly acknowledge that they cannot live without the input of the ninety-nine percent, but they dare not let on how dependent they are upon the unwashed and self-unaware masses. To do so could mean that the masses would demand equal access to all the blessings of technology and healthcare… and once the masses have access to healthcare and a decent lifestyle, would they consent to work for next to nothing?

Can it be that simple? How could the Elysium elite motivate their slave laborers without threatening them with the stick of no healthcare access? They do possess advanced military technology, and Delacourt demonstrates she isn’t afraid to use it. But like most fascists, Delacourt and the wealthy citizens of Elysium realize how difficult it is to maintain crowd control through the use of weaponry alone. Even well-paid mercenaries, such as Sharlto Copley’s sociopathic character Kruger, can’t be trusted to serve their masters all the time. 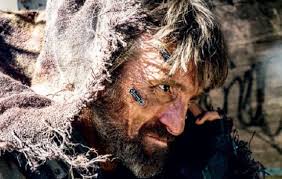 To maintain crowd control, the elite of Elysium have only one option: denying healthcare in order to convince the slave workers of Earth to keep themselves in line. The elite only has to indoctrinate the masses with the idea that if they become soldiers in the elite’s cause then they are dying for a greater good—not for increasing the profit margins of the one-percent. (Overtones of Soylent Green and suicide centers, but something else there rings a bell. Hmm.)


The elite can dangle carrot-like promises in front of the masses, “You’ll only suffer for a little while if you go along with our plans,”
and expect most to believe the lie because it is as attractive as the beautiful green wheel in space rising above their dust-brown slum cities. “Some day soon you’ll become one of us and have access to the miracle of healthcare for you and your families if you keep your fellow slaves from agitating for equal access to it
now.”


Wow. And here I thought I was reviewing a movie. No wonder I can’t sleep at night.

My British husband calls it the “I’m all right, Jack” syndrome. As long as you keep your head down, allow your one-percent masters to call all the shots, encourage your fellow slave laborers to off themselves in desperation to survive, you’ve made it. You’ve survived long enough to gain a chance at joining the well dressed citizens of Elysium. (But there’s no real guarantee they’ll let you into their exclusive country club, is there?)  You’ve made it…but at what price?


I hope only the price of a movie ticket. Go see Elysium. Discuss it with others. And please leave your comments below.