At last the BBC announced the next actor to portray the Doctor on science fiction television's longest running series, Doctor Who. It's Peter Capaldi. Yeah!

I'm thrilled because I think Peter will be excellent in the role. He starred in the David Tennant/Catherine Tate 2008 episode "The Fires of Pompeii". He also played quite a spine-chilling baddie in the spin-off series Torchwood in its "Children of Earth" episodes. I've loved him from the first time I saw him on screen in the wonderfully warm and witty movie comedy Local Hero. What's not to love about an actor who can play heroic, comical and pure evil characters with equal ease? 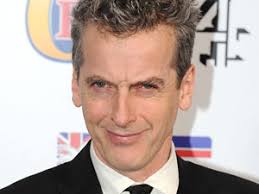 I think the persona of the Doctor needs a good balance of heroic and not-so-heroic traits. After all, he is an alien--he's not human (according to canon). What we puny humans may see as "evil" may not seem that way to him and vice versa. It makes for a very dynamic character, one that is at times unpredictable and at others dependable. It makes for a character that has been extremely popular for a half century now and shows no signs of diminishing in popularity. 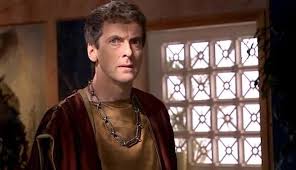 This brings me to the reason behind my blog post title. I really enjoy the idea of watching another "middle-age" Doctor (who, of course, is much older than he looks).  While the current producers may have thought that young people would only watch the show in record numbers with "one of their own" in twenty-something Matt Smith playing the title role, I do believe they've come to realize that it's not the age of the actor that matters but his energy level. I think Peter will have the right energy level in addition to the handsome, distinguished looks that women in  my particular age group will relate to well.

As the old saying goes, "Snow on the roof doesn't mean there isn't a fire in the hearth." ;-) 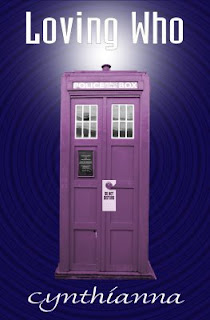 What does this mean for my alter-ego Cynthiana's ongoing Doctor Who-inspired series Loving Who (and its sequel Leaving Who)? The next title in the series that I'm working on is Losing Who. In a way Peter Capaldi becoming the new Doctor works into the plot outline quite well. Things change. My character Cici Connors experienced an abrupt change in the last installment, so a new face to confront and get to know is just par for the course at this point in her life journey.

And who knows... Cici might find a good-looking man of a certain age worth getting to know better. ;-) 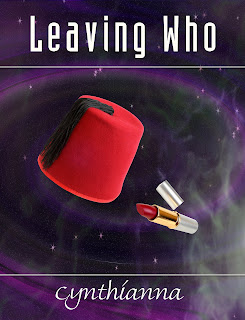 I'm looking forward to the fiftieth anniversary special coming in November and the Christmas special when Peter's Doctor will make his debut. How about you? Are you excited? Has Doctor Who "middle-age madness" taken hold of you? Or are you still crying about Matt Smith (or David Tennant or Christopher Eccleston or...) leaving the show? What sort of storylines or characters do you envision in the new season episodes? Are there any mortal enemies of the Doctor you'd rather not see?

Let me know your feelings in the comments below. You never know--I might just use one of your ideas in the plot of Losing Who!

I'm so thrilled with the choice of Peter Capaldi as the Doctor. Right age. Great face. Great hair. He's going to be brilliant - add the fact he's a lifelong fan of the show to geeky levels, so he should know his stuff!

I've been thinking for a long while that the series needs to return to its roots somewhat and that should start with a more mature actor, so I really hope he gets slightly more mature and intelligent writing to go with it. If anything, the next thing the show needs is a change of production.

I've pretty much hated the entire Matt Smith era. Week after week we've had confusing, convoluted stories, far too much emphasis on potential in-TARDIS romance, too many popular culture references, and a clown of a Doctor, clearly designed to only appeal to the young children watching. WHich is a shame, as I thought Matt had potential, but, like David Tennant, whose Doctor became all over-emotional after his first series, just didn't get the scripts or direction he should have had.

For me, the best modern Who remains Christopher Eccleston's single season. For me, that was pretty much how modern Who should be. They got the balance just right.

The fact I haven't purchased a single Matt Smith adventure on DVD says something (when you consider I've bought all the rest!), and nor do I feel compelled to watch any of it again (I've had enough Amy & Rory to last a lifetime!). I'd rather put Season 24 on repeat for a month!

But enough ranting - it's time for change, and change is good! It's what the show is built on, and I for one really can't wait to see the 12th Doctor take to the TARDIS.

I so agree with you, Alex! The writing and direction of the show has been sliding downward since the inaugural "NuWho" began with Christopher Eccleston, IMO. Tennant snag a few good scripts but they were all too few and far between. I also don't own any of the Matt Smith era DVDs (and do own the others). Mostly because I'm broke, but also because I wasn't overly impressed with the stories themselves. So much potential wasted I think with all the young actors. A solid SF/Fantasy script with a great actor like Peter Capaldi could bring the quality back to Doctor Who... Let's hope this proves to be the case!