Hot Time in the City

Hot time! Summer in the city--back of my neck gettin' hot and gritty!

Yeah, it's summer, it's sweltering, and my melted brain has resorted to quoting (badly I might add) lyrics from a classic top 40 hit. It can't get much worse than this, huh?

Well, all hasn't been that bad this summer. The handsome man and I celebrated our first wedding anniversary on July 3rd. Yipee!! We still haven't killed each other (yet) in spite of the heat. The honeymoon keeps going on and on. 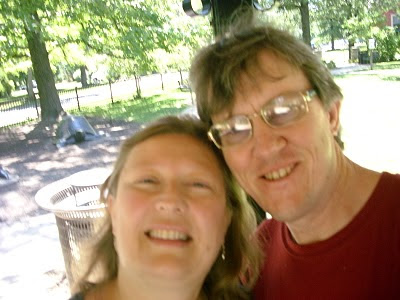 Revisiting the scene of the crime--er, our wedding in the park gazebo!

And we've done a bit of "time-traveling" again at a regional historical re-enactment. Here are some photos from the first ever "Muster at Forest Glen". It was held at a very lovely park near Danville, Illinois, and a good contingent of French and Indian War re-enactors showed up (in spite of the horrible heat and humidity) and some of the public did as well, too. 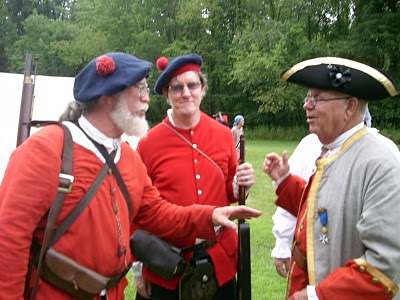 Discussing topics of high importance--like how to avoid the French field surgeon who'd bleed you to death! 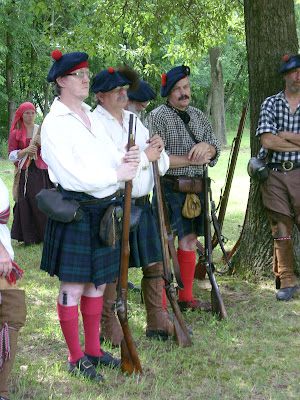 Drilling before the battle. 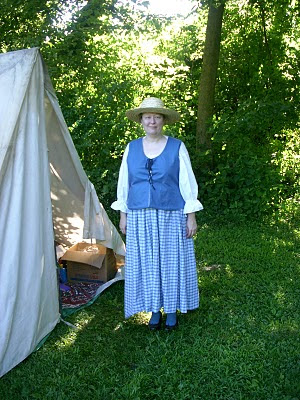 You try smiling in the heat in all these layers. Our ancestors were first-rate masochists! 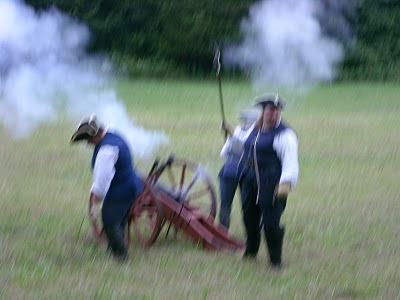 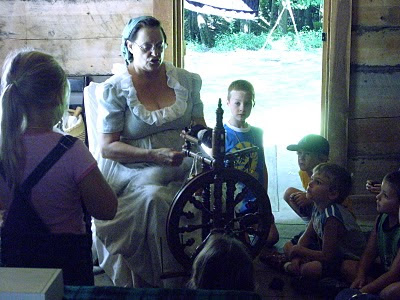 Diana demonstrates the art of spinning to eager young minds. 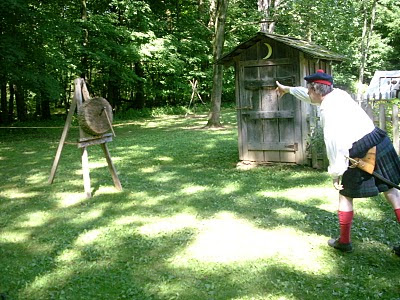 Adrian hits the bullseye with his tomahawk throw. Don't mess with him, Frenchpersons! 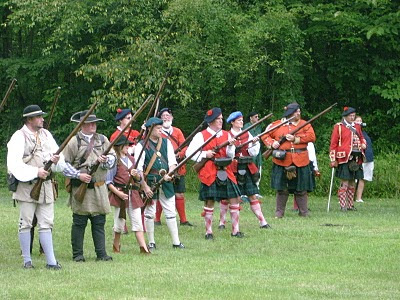 The British contingent at colors.

As soon as it cools down here, I promise to write something more coherent. In the meantime, all we can do is sit and fan ourselves silly... There's really nothing else one can do when it's 110 degrees in the shade, is there?