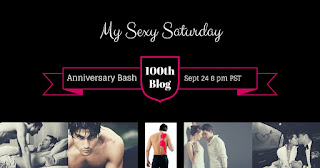 Welcome to the My Sexy Saturday's Anniversary Bash weekend!

Where else can you easily find excerpts to some of the sexiest writing on the Internet than on the weekly My Sexy Saturday blog hop? So, come on in, relax and enjoy the excerpts. 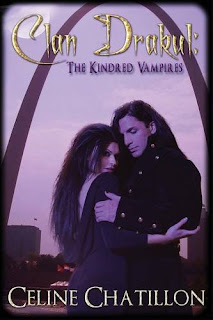 Clan Drakul: The Kindred Vampires
By Celine Chatillon
available in print from eXtasy Books at Amazon

Two tall, dark and handsome vampires looking for someone to share eternity with—while dealing with a maniacal vampire hunter—provides the focus for Clan Drakul.


In The Vampire Next Door, Val Drakul thinks the sexy girl upstairs could fulfill his every fantasy, but will Melynda’s career plans take a backseat to things that go bump in the night? When a deadly foe ensnares Mel in his plot to rid the world of the Kindred Vampire race, can Val save the mortal woman he loves without transforming her into the lonely being he’s become?


Kinsman Vlad Drakul has found the love of his existence in the beautiful businesswoman Sofia, but is the sex-loving vixen all she appears to be? Leo Van Helsing cherishes his family’s calling a bit too much. He’ll see the bloodsuckers dead, and he’s not above using others to obtain his goals—even if it kills them. One fatal night in Istanbul will change Vlad’s afterlife forever. Can Vlad abide a Blood Betrayal?

Now, take a bite from my novella, Blood Betrayal:

Sofia frowned and pulled the sheets up to cover her voluptuous curves. The thin covering didn’t stop Vlad from wanting to take her then and there, the old-fashioned way, the way God and nature intended lovers to be. Fortunately, Sofia was a very modern woman and enjoyed experimentation.

“I can’t say when I’ll be back—it’s not up to me. My bosses say they want
to reward me for my excellent sales record. That could mean they’ll take me
out of the Eastern European division and position me somewhere else where I can improve the company’s sales record.” She gently caressed his cheek, then wound her fingers through his shoulder-length black hair. “I don’t want to go. I must go. I hope you understand.”

The words came easily to him, but the emotions behind them did not. He wanted her to stay. For the first time in a millennium Vladimir Drakul felt close to a woman—to this woman. He felt more than just the hunger to satisfy his physical needs and . . . nutritional requirements. His brain had been engaged by Sofia’s sophistication and depth of knowledge, his heart engaged by her unselfish giving and receiving in matters of love. Yes, even loners like the Kindred desired intimacy with others at times. The object of affection did not have to be of their kind—in fact sometimes it was better when it came to expressing their sexuality fully. Many of his kind had simply forgotten they possessed genitalia and the soul-stirring sensations that could be engendered there. Vlad was glad he was not one of them.

“We’ll still have this weekend together, won’t we?” he said, raising an eyebrow.

She looked him straight in the eyes, slowly lowering the sheet to reveal her glorious form to him. “Yes, we do. Let’s make the most of it, shall we?”

Spreading her legs wide, she once more welcomed his jutting cock. No pretense, no playing shy or hard-to-get, Sofia Martinelli enjoyed a good, hard fuck as she called it.