Love is… a really good pair of jeans? 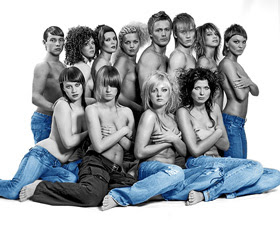 Love is… a really good pair of jeans?

Click the link below to read a very interesting article:

Or here’s it all in a nutshell:

For most women, the choice between sex and a new wardrobe is simple -- they go for the clothes.

Women on average say they would be willing to give up sex for 15 months for a closet full of new apparel, with 2 percent ready to abstain from sex for three years in exchange for new duds, according to a new survey of about 1,000 women in 10 U.S. cities. Sixty-one percent of women polled said it would be worse to lose their favorite article of clothing than give up sex for a month.

Okay, who besides me doesn’t believe the results of this survey (which was sponsored by a consumer products corporation, no less)?

I own possibly the worse wardrobe on the planet for a woman of my age and status, yet I don’t think I’d willingly go without sex for fifteen months in order to gain a closet full of new duds. I’d nominate myself for that wonderfully humiliating TV show “What Not to Wear” first before I’d go without the lovin’.

What do you think? Are there really women out there who value material possessions above a good, sweaty one-night-stand or some affectionate cuddling on the sofa with the significant other? I can’t fathom it... You mean, every woman on the planet doesn’t want to do the nasty now and then?

Are you one of them? Do you know any emotionally healthy woman who fits this description? Is there help for this condition?

The next thought that goes running through my rattled brain is perhaps the survey respondents defined “sex” differently than the writers of the survey did. Perhaps these women are willing to go without “going all the way” for new clothing for a year or more, but they don’t want to give up the hugging, kissing, and the closeness bit. Perhaps “sex” to these women means “copulation without affection” and what they and their husbands/significant others experience is “lovemaking” in its purest form. It most certainly isn’t “sex”.

Now, that would go along way to explain these disturbing survey results to little ol’ me. I was really worried there for a moment. After all, “sex” is one of those naughty words that good girls don’t do—let alone write about—on a regular basis. I mean, really! What kind of decent, well-mannered woman thinks about sex all the time?

Present company excluded, of course. We all realize how special we are here at the Celine's Dreams blog, don’t we?
“Lovemaking” is a romantic, fuzzy-bunny-wonderful sort of activity. And it’s not something you’d want to talk about in public with a survey-taker from a big corporation. Besides, how do we know that these women polled weren’t given “kickbacks” for stating they rather own more material possessions like clothes over having sex?

But I still find this whole idea of clothes being more important than sex upsetting. Don’t the lyrics to that famous Burt Bacarach song mean anything to this current generation?

What the world needs now is love, sweet love…
The song doesn 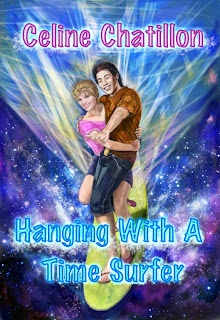 ’t say anything about the whole world needing blue jeans, now does it? Besides, if we’re all busy loving each other, the blue jeans are going to wind up in a heap on the floor anyway.

***
Speaking of clothes being tossed on the floor in a wild fervor of lust and excitement, my next Liquid Silver Books release, Hanging with a Time Surfer, debuts next month. Check out the excellent cover and an excerpt online at the SiN Forums at http://www.lsbooks.com or at my web site: http://www.celinechatillon.com/timesurfer.html
Posted by Cindy A. Matthews at 3/17/2007 02:19:00 PM