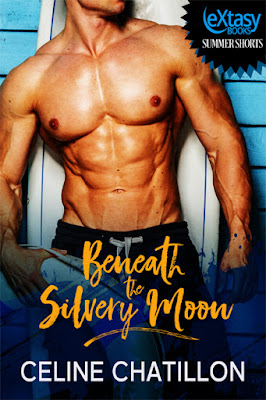 This summer you get not one, but two summer short stories featuring the lovers Penny and Wolf who appeared in last summer's short Under the Midnight Sun (Book 1 in the series).

Penny returns to her archeology lab to study the silver coffin she discovered in Alaska. She very much misses her shapeshifting lover, Wolf, still working there as a wilderness guide. Falling asleep beside the artifact, Penny experiences a shapeshifting episode as a wolf and meets up with Wolf in a beautiful world. They make passionate love in what Penny believes is only a very real dream.

Can Penny and Wolf elude him and continue to enjoy their shapeshifting and lovemaking without interruption? 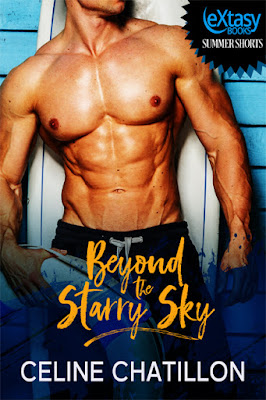 To avoid being drafted by Agent Elliot Johnson into a mysterious government agency, lovers Penny and Wolf use the silver coffin to return to Eden and shapeshift into wolves. They hole up in a cave where Penny experiences an out-of-body lovemaking session with Elliot—who turns out not to be such a bad guy after all. He has a thing for Wolf as well.

The three enjoy their group sexual encounters and shapeshifting in the beautiful primordial world, but something familiar about the dying red star above makes them believe there’s more to Eden than meets the eye. Will their unseen hosts make their presence known at last?

Excerpt: A taste of the action from Beyond the Starry Sky. (Adults only please!)

Wolf frowned. “Hey, you couldn’t have shapeshifted. You’ve been lying here beside me all this time.”


“And yet she’s been helping me and then guiding me to this cave at the same time.” Johnson reclined beside Penny.


She accepted his sensual kiss and stroked his hair.

Wolf’s erection flagged slightly. He cleared his throat. “Ahem. You walked in on us just now in the middle of something.”

Johnson pulled back. “Excuse my lack of timing. If you want me to go, I’ll come later and—”

“No, stay put,” Penny interrupted. “I can entertain you both.”

“I bet you can,” the men said simultaneously.

They looked at each other and laughed.

“Get up on your knees,” Wolf commanded Penny with a smack to her buttocks as he repositioned her to take her from behind. “I want to see you sucking Agent Johnson’s cock like you were doing in your sleep.”

“Please, call me Elliot. Was she really going through the motions?” Johnson took his position in front of Penny’s lips, and his length was immediately taken deep into her throat. “Oh, my… Practice makes perfect.”

“Like mine tastes like spearmint?” Wolf grabbed hold of Penny’s hips and thrust hard until she squealed. “Oo, my spear just hit the mark. She has a tight cunt, doesn’t she, Elliot?”

“She does indeed. I could fuck her all day and night.”

“Penny would like that, too. Wouldn’t you?” Wolf quickened his pace.

She moaned her response and nodded.

Wolf’s cock tingled at the sight of his lover pleasuring another man with her lips and tongue while he fucked her with abandon. It must be this planet, but I don’t feel jealous. I’m just enjoying myself watching you enjoy yourself, Penny. 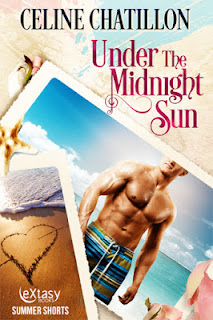 Under the Midnight Sun, Beneath the Silvery Moon, and Beyond the Starry Sky are all available from eXtasy Books and wherever fine ebooks are sold.
Posted by Cindy A. Matthews at 6/10/2018 08:31:00 PM

Thank you, A J. Kind words from a gifted author are always appreciated. ;)