A Howling Good Excerpt from Under the Midnight Sun 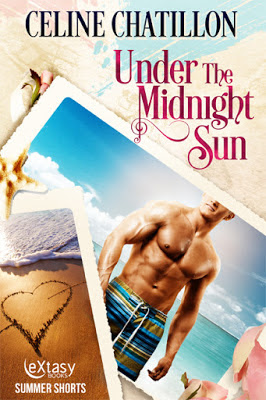 Under the Midnight Sun
by Celine Chatillon
http://www.extasybooks.com/under-the-midnight-sun/
Penny's expedition goes pear-shaped, but her wilderness guide, Wolf, turns out to be a handsome shape-shifter with an animal magnetism she can't resist.

It's bad enough the entire archeology community thinks they're "crackpots," but after her professor suffers a medical emergency, Penny Redfern finds herself alone at the dig with their handsome wilderness guide. Suddenly she has a lot more on her mind than searching for a suspected Viking longship in the Far North  of Alaska. Wolf Weiss can't help but lust after the gorgeous Penny, but his sense of professionalism keeps him politely distant. Plus, it's a full moon, that time of the month for Wolf to howl with the pack. Not even the midnight sun will halt his urge to shift. He can't let Penny find out he's a shape-shifter—or can he? Will the free-spirited Penny find Wolf's animal magnetism too strong to resist?

An excerpt from Under the Midnight Sun:


The satellite imagery showed something boat-shaped located along this shoreline, but it couldn't possibly be an intact Viking sea vessel after all this time if it had been exposed to the elements. There was no way anyone could have buried a ship that size in the permafrost since it was just too tough to do so even in the perpetually sunny skies of July in the North. Had it been trapped in an iceberg all these centuries, only to be released from its icy prison in the recent climate warming trend? Just the thought of Viking explorers making it through the Northwest Passage and reaching the coast of Alaska would bring her the fame and attention she craved as an archeologist.


Penny quickly unbraided her hair and pulled a brush through its thick mass to clear it of some of the worst of the dust and flying debris. What she wouldn't do for a nice hot shower instead of a bath with some lukewarm water and a camp basin wash cloth. The sooner they finished surveying the area for artifacts and other signs of possible Viking activity, the sooner she could go back home to civilization as she knew it.


Before the paramedics landed, Bev had admonished her, "Cooperate with Wolf and finish our grid search. That's all you need to do, and you'll have plenty to write about for your paper. Promise."


It sounded simple enough, but something about the dark-eyed, introverted outdoorsman made her nervous. Not nervous exactly, but curious. He wasn't much older than her, she realized, but the striking silver streaks in his black beard and at his temples indicated he'd lived a stressful life or his heredity was a bit different from most. Wolf Weiss--white wolf? The translation of his name sounded like some of her Lakota cousins' names on her mother's side.


She had to admit, Wolf possessed something other males of her acquaintance lacked, a sort of animalmagnetism that had attracted her from their first meeting. While Dave was the more outspoken of the two, openly joking with her like her kid brother, Wolf had kept his distance and minded his manners. If anything, he was too damn polite. That made her nervous. How could anyone who lived in the wilderness have such refined manners? She supposed he hadn't always lived and worked in Alaska, but along with his good looks, self-assurance and few words, his mere presence intrigued her.


Better yet, he didn't wear a ring or talk about a lover back in Fairbanks or Nome or elsewhere. Penny had had enough of those two-timing types.


She wanted to know more about Wolf, but she dared not. They were both professionals. It wouldn't be professional of her to flirt with him, would it? But with the climatologists, Dave and Bev all departed, who would know they'd lapsed in their professionalism if they both kept quiet?


She dropped her jeans and wriggled out of her panties. Wetting the washcloth, she washed her legs and backside, slowing down as she approached her pubic area. Hmm…a little stimulation from her own hand felt good, and it would relieve the tension of being alone with the macho mountain man of few words for a few days. Penny stretched out across her camp bed and began to stroke her clit, slowly at first and then faster and harder. She tweaked her nipples with her other hand and arched her back into the rhythm of her strokes as she climaxed in a gasp of pleasure.


Relaxing for what seemed the first time in weeks, she stretched and yawned. "There are some advantages to having the yurt all to myself, after all." With that thought, she fell asleep.

Under the Midnight Sun now available from eXtasy Books!
http://www.extasybooks.com/under-the-midnight-sun/ 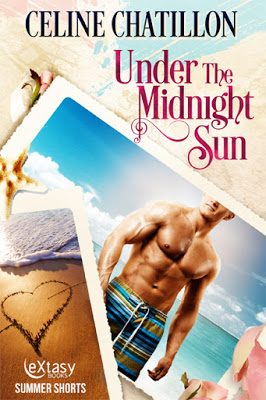 Good sexy stuff! Many happy sales to you! :)

Thanks, AJ. I hope a few thousand or more readers feel the same way. ;)